Leaders of the Future – North Yorkshire Police in partnership with Cappfinity 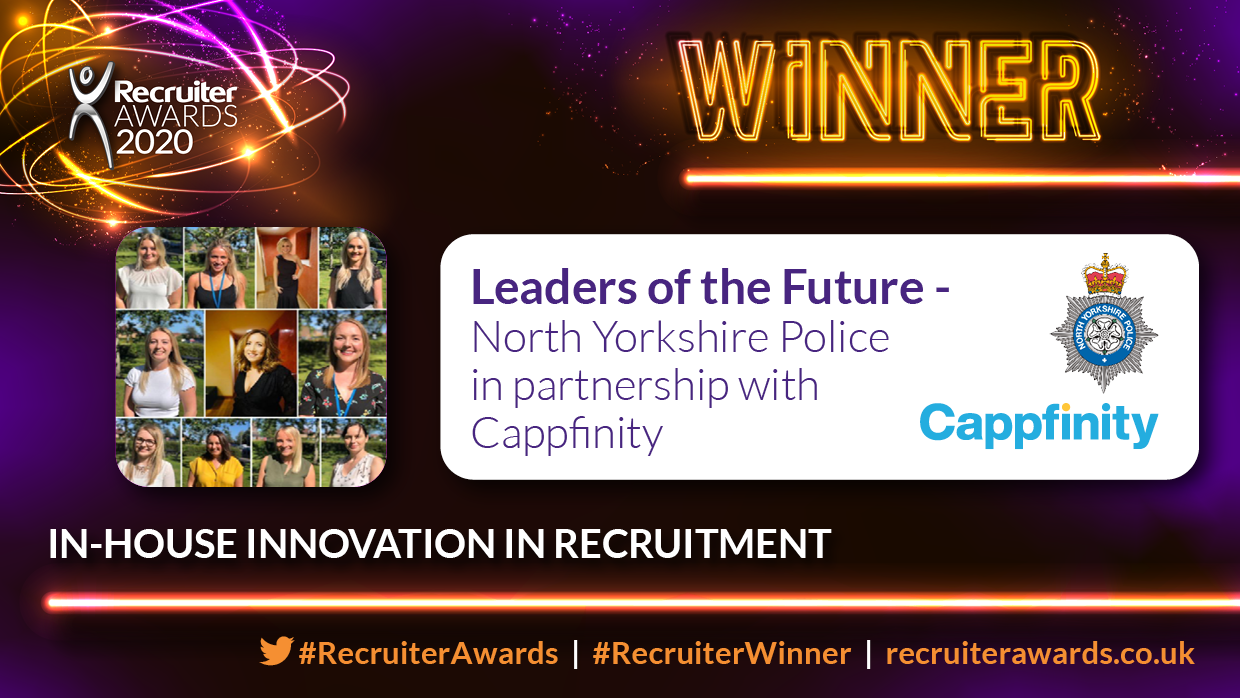 As the UK’s largest single county force, North Yorkshire Police needs to continuously respond to the changing nature of demand for policing. The new recruitment and assessment process required a focus on values and culture that also complemented the current policing competency framework. Strengths were identified as the best way to unlock this potential.

Judges’ comments: “Showcases how they challenged the status quo, blending technology and innovation for better outcomes for police recruitment, without using tech for tech’s sake. The approach showed marked improvement in creating a fair experience for candidates and has attracted interest from other forces – and the College of Policing – who now want to share this best practice.”