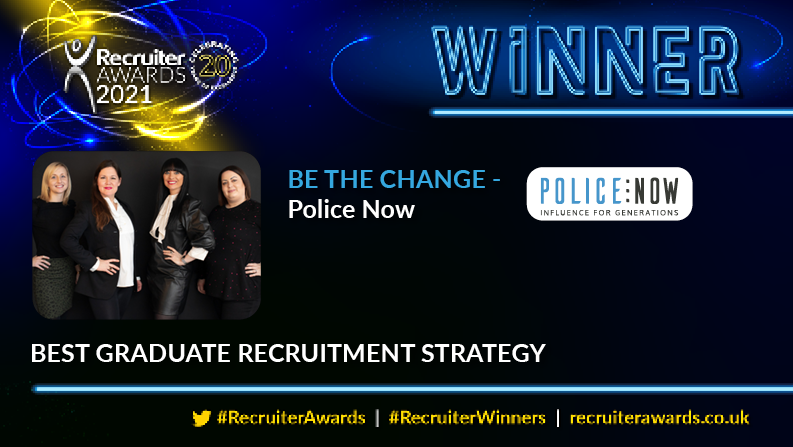 Be the Change – Police Now

Police Now’s mission is to attract, recruit and train outstanding graduates with leadership potential to be inspirational detectives and police officers who transform communities. It works in parallel with more than 30 police forces across England and Wales. The partner forces rely on Police Now to recruit and train diverse participants, many of whom may not have considered a career in policing.

Judges’ comments: “This was another well-contested category. Overall, the quality was high. However, the judges were blown away with the magnificent ‘Be the Change – Police Now’.”

Also: The judges added that their success in hiring many of those who traditionally would not have considered policing, and the creation of a culture where exceptional graduates were hired regardless of social, ethnic or a gender biased background ensured that this was the outstanding submission. 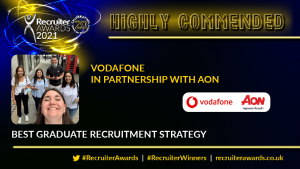 Vodafone in partnership with Aon